Filmed, Edited and Produced by Tyler A. Chase

Artists spend their resources to rebuild and live in spaces that no one wants so that they can practice their art. They are continually displaced and ostracized with impunity with little or no protection or recourse. One such place is 475 Kent Avenue in Brooklyn, NY.

It is April 12, 2018 and filmmaker, Tyler A. Chase is with renowned sculptor and pioneer of the Loft Law, Deborah Masters, as she reminisces about her life and expresses a gamut of emotions while packing her final belongings and supervising the transport of her sculptures on her last day at her beloved 475 Kent building in Brooklyn, New York. The sculptures of Deborah Masters are exhibited all over the United States and can be seen in many prominent New York places like Kennedy Airport and the Coney Island Viaduct. Finding a place to live where she can work on her oversized cement figures has been a constant struggle since she arrived in New York in the early 1980’s. Her resources are depleted from fighting against the unjust eviction and the psychological toll is great. The indomitable Deborah Masters is cast out and Brooklyn loses a priceless daughter. 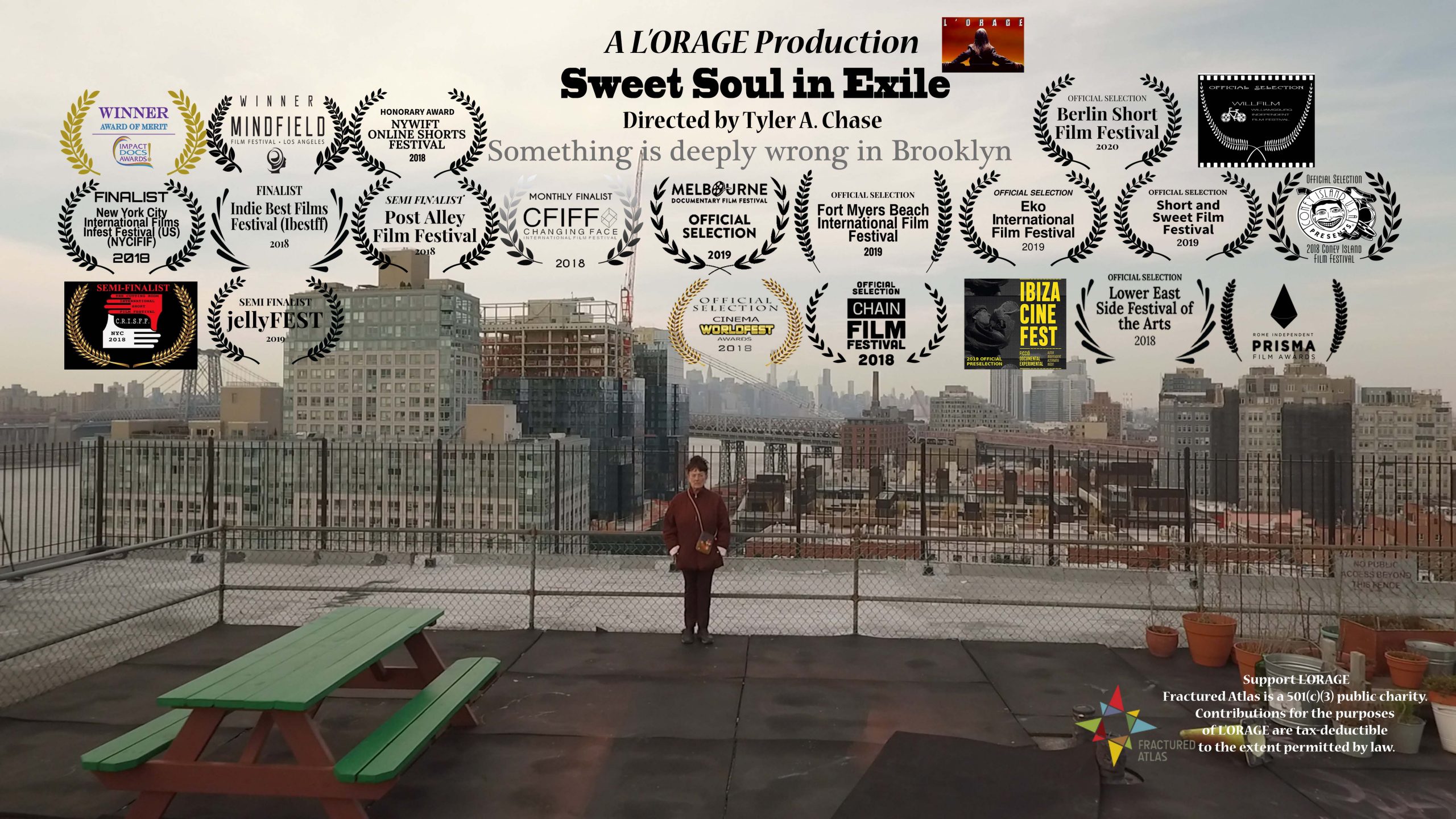 Back to in Focus

L’ORAGE is a cutting edge entertainment production company with artistic integrity.  L’ORAGE focuses on film and theater projects that speak to the common spark that binds us all. It is based in Brooklyn, New York.